You are here: Home / Activists to know / Military / John Needham 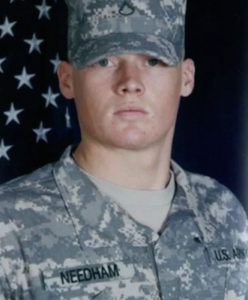 U.S. Army Ranger John Needham, who was awarded two purple hearts and three medals for heroism, wrote to military authorities in 2007 reporting war crimes that he witnessed being committed by his own command and fellow soldiers in Al Doura, Iraq. His charges were supported by atrocity photos which, in the public interest, are now released in this video. John paid a terrible price for his opposition to these acts. It is time that we as a country and as a race, begin to take a much more active role in all aspects of how we conduct our affairs in every major industry, if of course, change is what we want. But before we can collectively push for change, we must collectively educate each other on what’s really going on. You think you know what our good old military is up to, and what kinds of things our youth are being ORDERED to do? Watch this documentary, you will not believe what you see, His story is deeply tragic.