You are here: Home / George Galloway 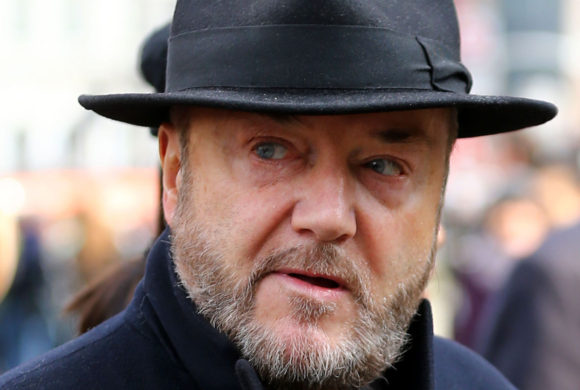 Politics is something I engaged in very early on in my life. I joined the Labour Party aged just 13 and by the age of 26 I became the youngest ever Chairman of the Labour Party in Scotland. Aged 14 I attended the famous Grosvenor Square demonstration against the Vietnam war in 1968, was active against the Greek Military Junta whilst still a schoolboy, and adopted the cause of Chilean refugees who were exiled by the military dictatorship of General Pinochet.

I became an activist against Apartheid in South Africa (even travelling to the country at the behest of the ANC), and witnessed first-hand the atrocities and absurdities of racial segregation. I was awarded Pakistan’s two highest civil awards, for my work for the restoration of democracy in Pakistan and my work for the right of self-determination for Occupied Kashmir. In 1975 I became involved in the struggle for Palestine and her people.
In 1987 I defeated the former Chancellor and Home Secretary Roy Jenkins in Glasgow Hillhead constituency and became a member of Parliament at the age of 32. Other than a two-year break, I remained in Parliament until 2015 and have represented Glasgow, the East End of London and Bradford West.
My political teacher was Mr. Benn – the best Prime Minister Britain never had – and my political career is defined by my activism for social justice, anti-imperialist campaigning, fight against poverty, my support for Irish Unity, my activism against racism and Apartheid, my debates in Parliament, my public speaking, my opposition to the Iraq war and of course my fight for justice for the Palestinian people. I have also fought against war all around the globe and will continue to do so.
I have taken on the US senate and won. Over the decades in Parliament I have served four constituencies in two countries and have won six elections. During this time no one ever came to me for help and was turned away. No one ever said I failed to press their case – win or lose. I opposed the war on Iraq without compromise and for that I was slandered, smeared and eventually expelled from the Labour Party, in which I had spent most of my life. However, my vindication came quicker than even I had imagined. No one now thinks the Iraq war was right. The Al Qaeda/ISIS mutation it has spawned is today rightly considered one of the world’s gravest dangers.