You are here: Home / GMO & Monsanto 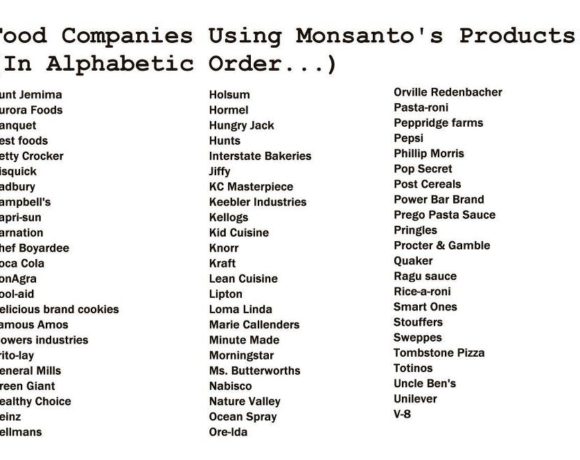 Genetically Modified Organisms. Sounds appetizing right?  I think not. I don’t know about you, but I would much rather Naturally grown, Organic, untampered-with foods to put into my body. Unfortunately for most of you reading this who are not already eating as Organic as possible, and sticking to a Fruit, Vegetable and Nuts diet, almost every single thing you eat, has GMO ingredients in it. Nature already provides us with the energy sources (food), in exactly the form it was intended to be in for consumption. However, just as in the global, greedy commercialization of every other industry and product, a very evil company and smaller ones like it, decided that they needed to grow more and grow it faster, in order to increase profits and lower costs. The leader of this movement, a corporate Goliath, is so intricately woven into this failing and inhumane system, that it also needed to account for and turn a blind eye to, increasing illness in its consumers, which of course would lead to further fueling the medical and pharmaceutical industries, to which it has very deep ties. When a single person commits an act like this, we call it pre-meditated murder and the person, if found alive, is usually tried and sent to prison in the interest of justice. Well, just like the “too big to fail” banks who knew EXACTLY what they were doing to the people, at every turn of every bubble, NOBODY is being held accountable for all of the cancers, coronary diseases, autism, infertility and hundreds of other illnesses and ailments which come from our consumption of GMO products. And unless we give a shit, they never will. They will keep getting the biggest contracts, being a part of food and agricultural lawmaking which benefits their syndicate, forcing farmers to use their PESTICIDE, called Round-Up (which incidentally is the leading cause of the worlds quickly dying BEE POPULATION, which ENSURES POLLINATION, which GIVES US FOOD) and taking over seed companies, until our ONLY SOURCE OF FOOD WILL BE THEIR GENETICALLY MODIFIED ORGANISMS, which make no mistake are GENETICALLY MODIFYING YOU. Oh, did I forget to mention that these same Pesticide people, also created and deployed AGENT ORANGE?!? Right. So why are they in total control over our food? Like I said at the beginning, sounds appetizing right? You’re right, it doesn’t, doesn’t sound healthy either, sorry to tell you that ingredients coming from Monsanto (whos lunchroom serves only organic food), are inside of roughly 80+ % of ALL items found at your average grocery store.(UnFun Fact: Canada, thanks to Monsanto, has ZERO that’s right NO MORE Non-Gmo Canola or Soy, yes, in the entire country..and we are right behind them). Go earch the company for yourself. Wake yourself up, with a little nudge from Phaet.org of course 🙂  You won’t believe what you find out about Monsanto, our food Czar. There is an icig on the cake, but I will tell you about that later. 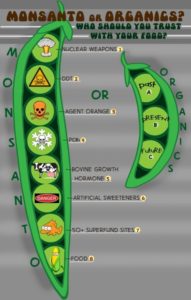 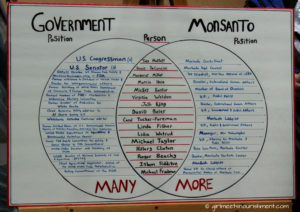 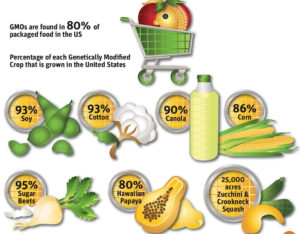